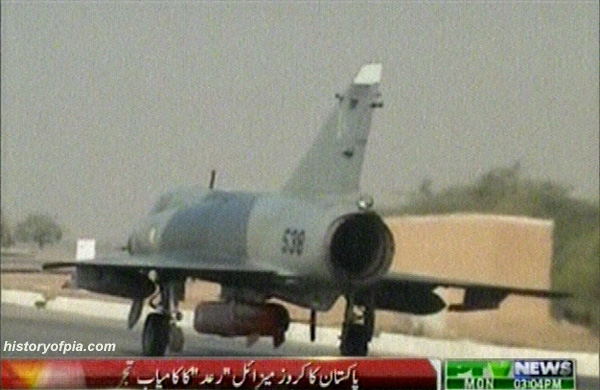 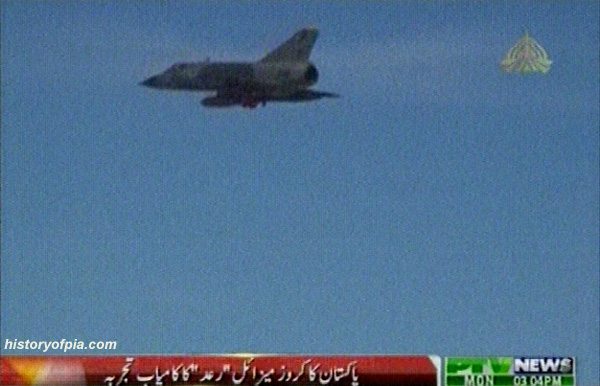 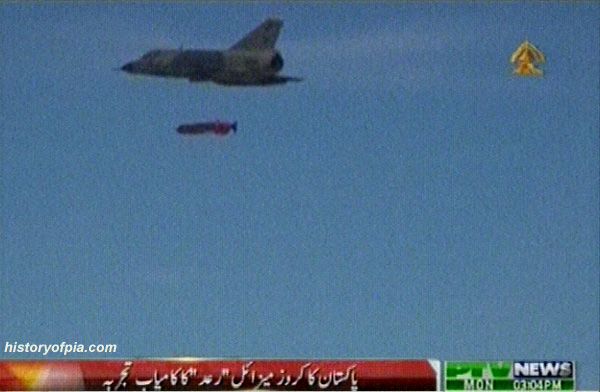 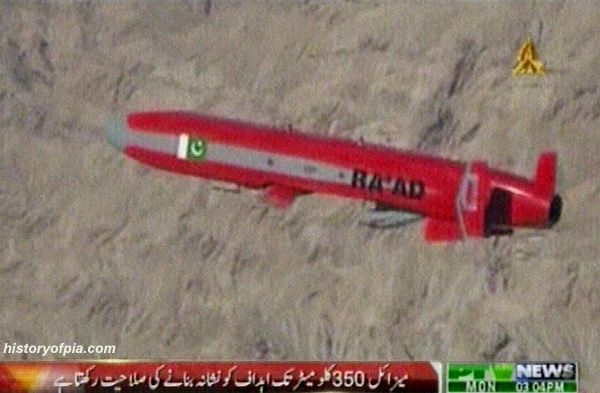 Ra'ad missile in flight. The missile has range of 350 km.

I think the name Raad is of arabic origin meaning lightning or thunder.
Guess its better to call it Raad in arabic than Bijlee in urdu

Why the missile is painted red? does this reflect Chinese support in development

In operational service these missiles probably are or will be painted in grey colour. 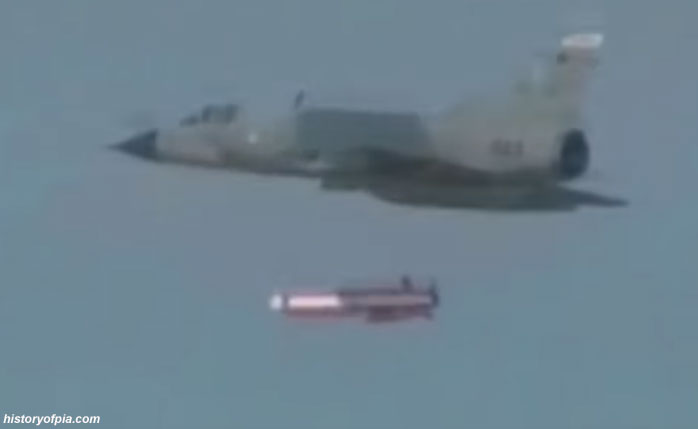 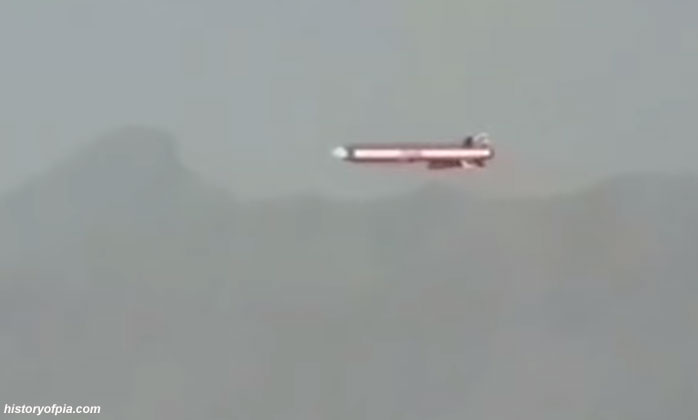 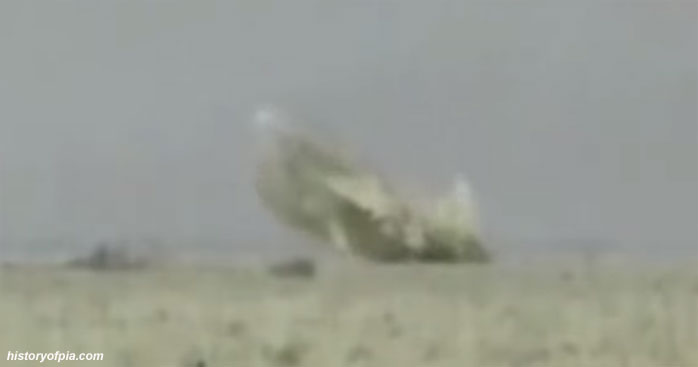 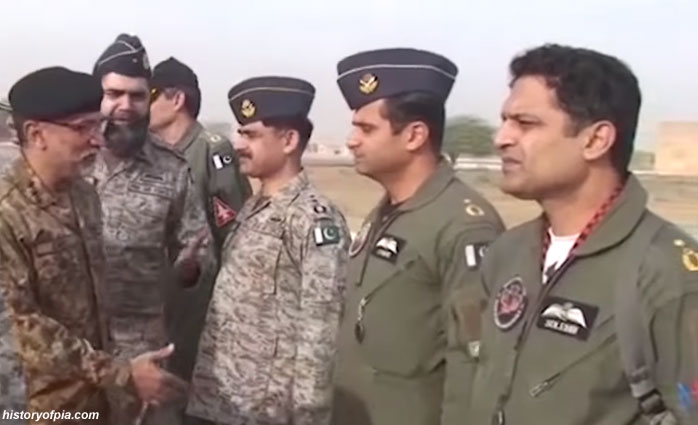