Never before seen photos of PIA's AP-BCP crash at Kathmandu

Never before seen photos of PIA's AP-BCP crash at Kathmandu

These are some never before seen photos of PIA's ill-fated AP-BCP's crash at Khtmandu.

A total of 167 people lost their lives in this tragedy, among them 155 passengers and 12 crew members. May Allah bless their souls. Ameen.

well i'd like to tell u guyz there are lot of pics available with f/o faisal junjua who is the son of the captain of this ill fated flight.
Top

I believe the shoe is the standard issue airhostess uniform...
Top

i still remember's Crew face , when ever i see any picture of AP-BCP my heart cry

Following are some related photos/scans with information for members wanting to learn more about flight PK-268 tragedy.

Volume 3 of the book titled Air Disaster has a chapter on Thai and PIA accidents in Nepal. I have copied following info and scanned diagrams from this book for forum members.

History has a painful tendency to repeat itself. But rarely does it do so as swiftly it did in Nepal, only 59 days after the loss of HS-TID (Thai Airbus A310-300), when the Sierra Approach to the Tribhuvan International Airport's Runway 02 claimed another Airbus victim.

The pitiful scatter of Thai wreckage had been abandoned by the investigators on August 19, but the Nepalese Investigation Commission was still hard at work piecing together the events that led to the disaster.

Even while HS-TID's CVR and FDR were still yielding their data to investigators in Ottawa, on September 28, 1992, AP-BCP, an A300B4 belonging to Pakistan International Airlines (PIA), was joining the Sierra VOR/DME 02 approach to Kathmandu. Operating as flight PK-268 from Karachi, this larger Airbus had a crew of 12 and carried 155 passengers.

The weather, even so late in the monsoon season, was similar to that of July 31, with a low overcast, drizzle, poor visibility and little or no wind. Descending in cloud on the 202° VOR radial at around 2.30pm local time that afternoon, the Airbus flew directly into the densely wooded southern side of the fan marker hill at an elevation of 7300ft (3000ft above the airport), only a few hundred feet below its summit. There were no survivors.

The much less forbidding and far more accessible crash site of the PIA Airbus only 9.16 DME short of the VOR on the Sierra approach track, enabled investigators to quickly determine that the A300 was established in its landing configuration, with slats, flaps and undercarriage fully extended, and that it was under power and on track.

In this instance the aircraft was an early model A300B4, with conventional control systems, traditional avionics and a three crew flight-deck, and the investigators could find no technical reasons that could have contributed to the accident.

There was no CVR record of flight-deck conversation, but the crew had not reported any problems.

But having acquired the correct final approach track, which it subsequently maintained, the aircraft had begun its descent in an altitude profile that was consistently "one step ahead" of the published DME descent profile.

As a result, the Airbus was more than 1000ft lower than the minimum altitude prescribed by the published DME steps for the Sierra approach when it struck the hillside. The A300's descent profile appears on the accompanying diagram, together with that of the Thai A310.

ATC recordings showed that at 16 DME the A300 crew misreported their height by 1000ft (the lower of the two aircraft's initial approach profiles shown in the diagram). A further transmission from the Airbus at 10 DME, the start of the Sierra Approach, advised they were at 8200ft where the required safe minimum was in fact 9500ft. Within seconds an alert tower controller challenged the Pakistani crew for an altitude check but it was already too late. That an error was made by the PIA crew seemed beyond dispute.

Final reports on both accidents were released within weeks of each other in June and July 1993, and the part played by the Kathmandu controllers was perhaps the best summarized in that on the PIA disaster: "Some air traffic controllers at Kathmandu had a low self-esteem and were reluctant to intervene in piloting matters such as terrain separation."

This was not only reinforcement of conclusions drawn from the Thai crash. Misreading poorly-designed approach charts was obviously also a factor in the loss of the A300, viz: "the pilots failed to follow the published approach procedure". And "the inevitable complexity of the [Sierra VOR/DME] approach and the associated approach chart" were "contributory causal factors".

The flight profile diagrams in this chapter include extracts from the two different charts used in the Kathmandu disasters, showing the benefits and limitations of two varying interpretations of the DME descent steps. They provide a comparison of the graphic styles and perhaps some understanding of how the PIA crew could misread a chart so fatally.

The approach chart used by the Pakistani crew was particularly criticized for its method of showing the vertical profile of the approach. "The minimum altitude at some DME fixes was not directly associated with the fix," the Nepalese Commission's report declared. And Pakistan International Airlines' own report recommended that ICAO "should review the conventions of commercial approach charts with a view to encouraging standardization and reducing chart clutter". 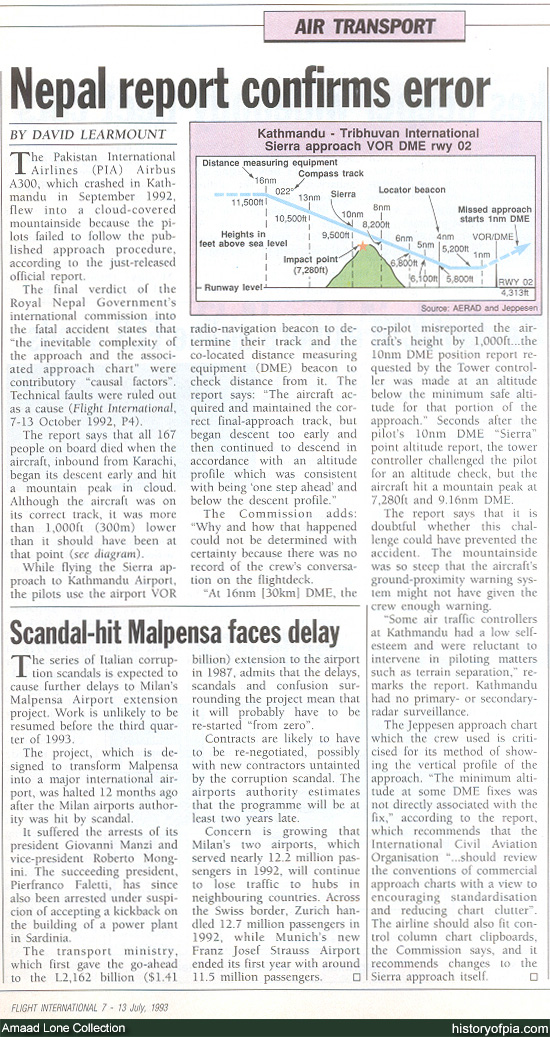 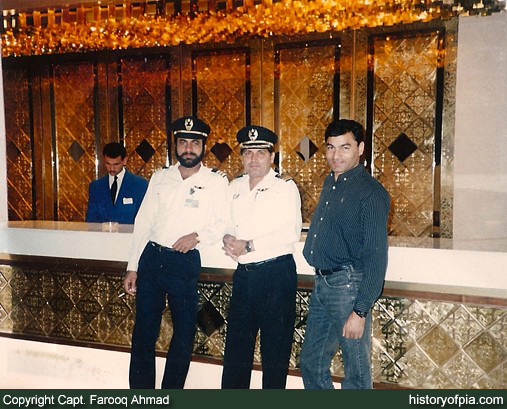 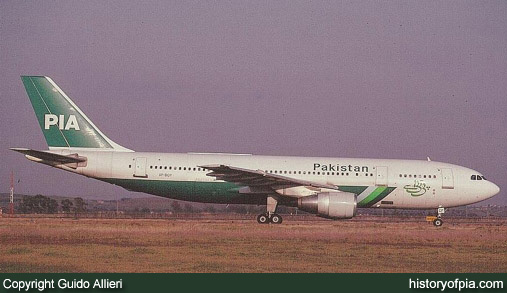 AP-BCP photographed by Guido at Rome-Fiumicino Airport, Italy, in March 1992, just few months before the aircraft met tragic accident in Nepal on September 28, 1992. 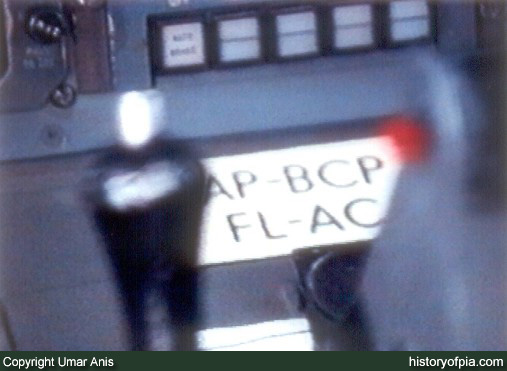 The memorial built by PIA in memory of flight PK-268 crew members & passengers is named 'Lele Memorial Park'. It's built at the foot of hill where AP-BCP crashed.

Stone walls of this simple but beautiful memorial are engraved with names of all PIA crew members and passengers who died in this tragic crash.

Here are some video stills from PTV's Urdu drama serial "Uraan" about PIA. These are from serial's episode related to PK-268 tragedy. 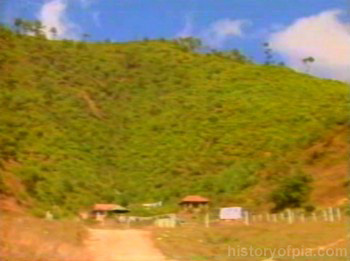 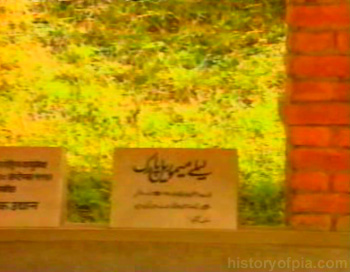 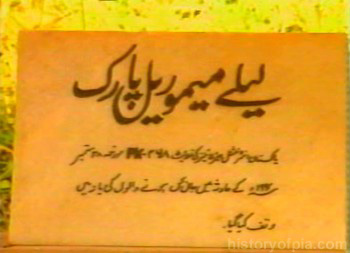 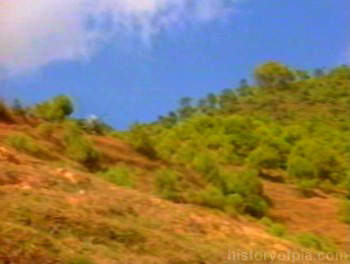 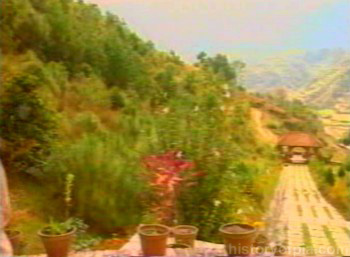 Steps leading to memorial's area where names of crash victims are engraved on stone walls and from where this shot was made. The small structure in the background at the start of steps is where plaque bearing memorial park's name is placed. 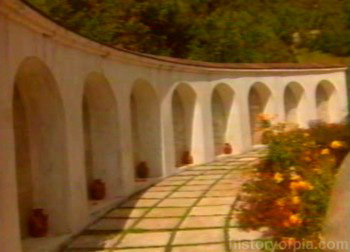 Stone walls of these arches are engraved with names of crash victims. 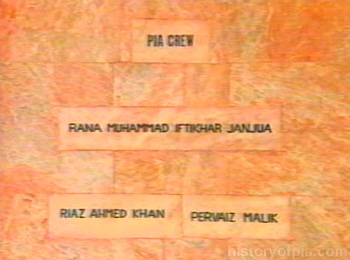 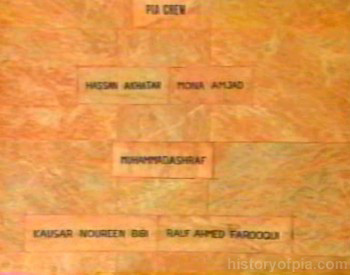 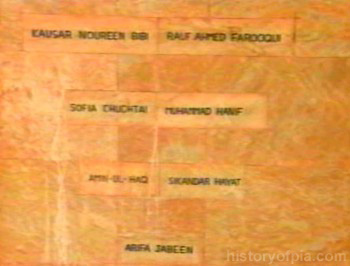 Gosh, it's so sad looking at those pictures. Especially the shoe, the watch and the bag.
Top

Beads wrote:Gosh, it's so sad looking at those pictures. Especially the shoe, the watch and the bag.

and the name of the deceased is still existing on that brief-case! but the person is persihed!

, people are gone and their belongings remain in this world! all they took with them selves is their deeds (Amaal). very very heartening! I am feeling so sad for the innocent passengers! May Allah rest their soul in Eternal Peace! Ameen!

what more upseting is that the wrist-watch picture, there's torn human flesh around I think just beside the watch

Allah hu Akbar!..............i had forgotten that tragedy long time ago but its all refreshed now

it is understood that it was a very thick fog there on the mountain and with cloud aswell.....but if only they might have taken a little less descent-rate approach they could've crossed that mountain...... atleast the DME appears that way.... they should not have trusted the ATC radar..... this is what happens when there is miscommunication by the ATC to the plane! The ATC should have alerted the crew in advance that they were below their assigned altitude! but one thing here i'd like to point out is why did not the pilot used the altitude they were cleared for...why on earth they lowered their approach!

still that is just my thought....God know what those poor pilots might have done to save themselves...

after this crash the second most freightening crash to me is the Los Rodeos Airport (now Tenerif Airport) crash involving a KLM and PanAm both B747s ....again due to fog! gosh...
Top

Really sad... Its even more throbbing when there had been no problem recorded in the plane and the journey ends in this way...
Adnan
Top
41 posts