PIA paying USD 600,000 a month for two dry leased Airbus A320 aircraft parked parked in Jakarta, Indonesia, after delay in their redelivery process.

Apparently, the two aircraft are Airbus A320 aircraft registrations AP-BLY and AP-BLZ.

On September 19, 2021, PIA Airbus A320 registration AP-BLZ arrived in Jakarta as flight PK6761 from Karachi via Kuala Lumpur. 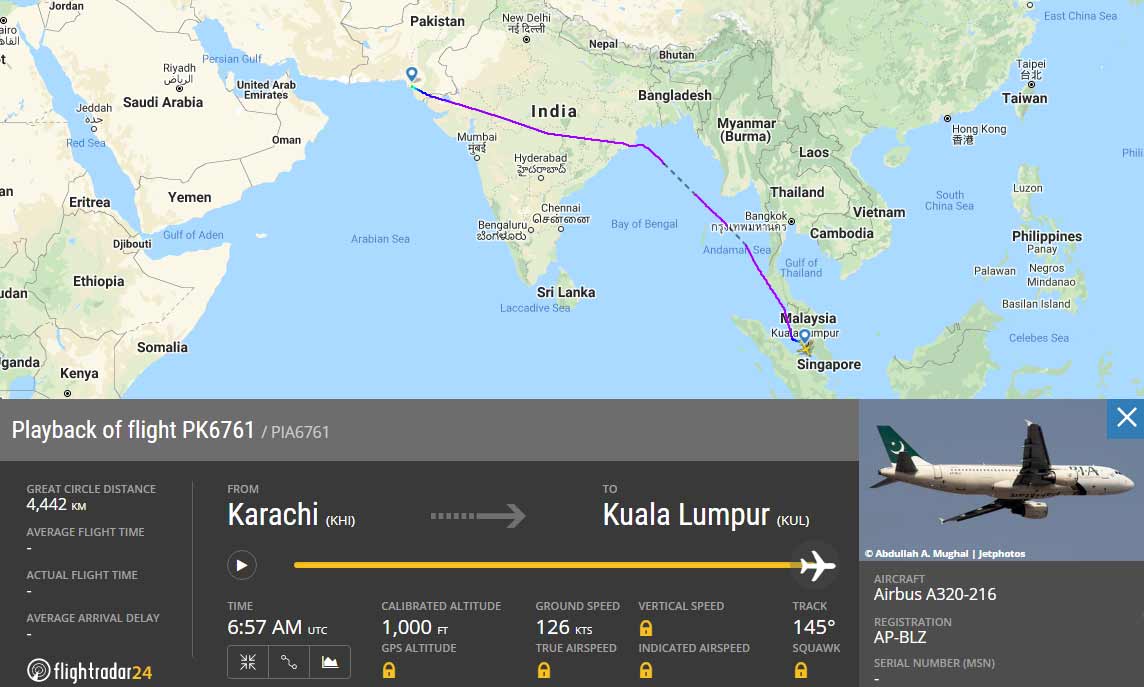 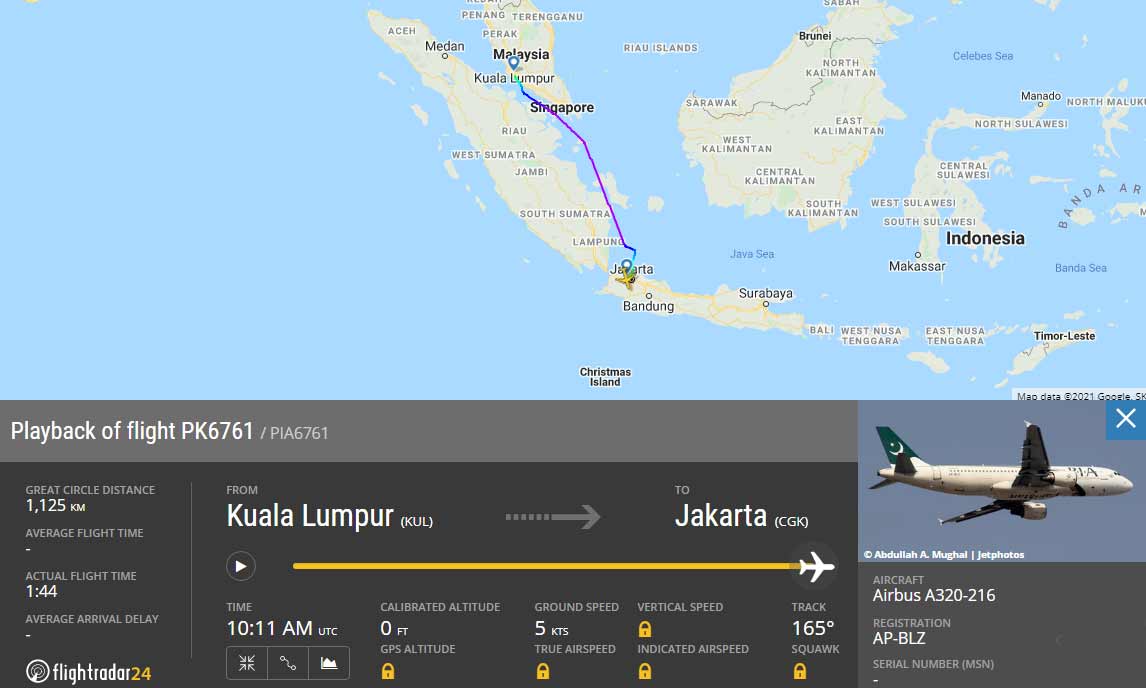 On September 25, 2015, AP-BLZ arrived in Karachi as delivery flight PK-8972 from Kuala Lumpur to join PIA as a dry leased aircraft for six years.

On October 10, 2021, PIA Airbus A320 registration AP-BLY arrived in Jakarta as ferry flight PK6761 from Karachi via Kuala Lumpur. 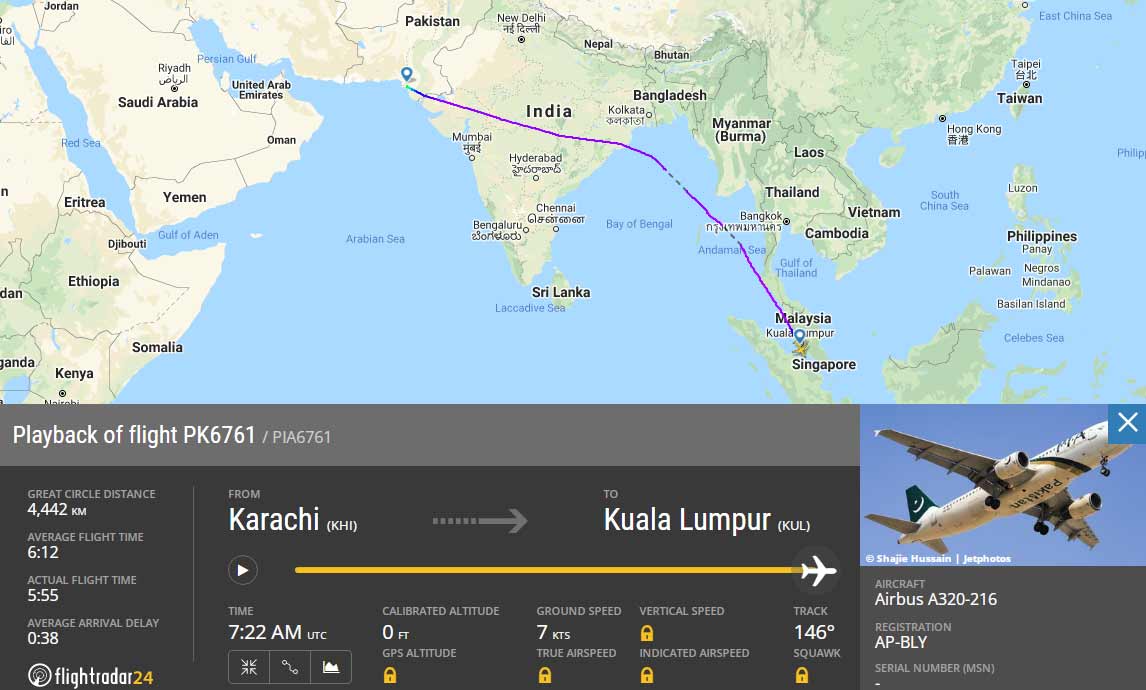 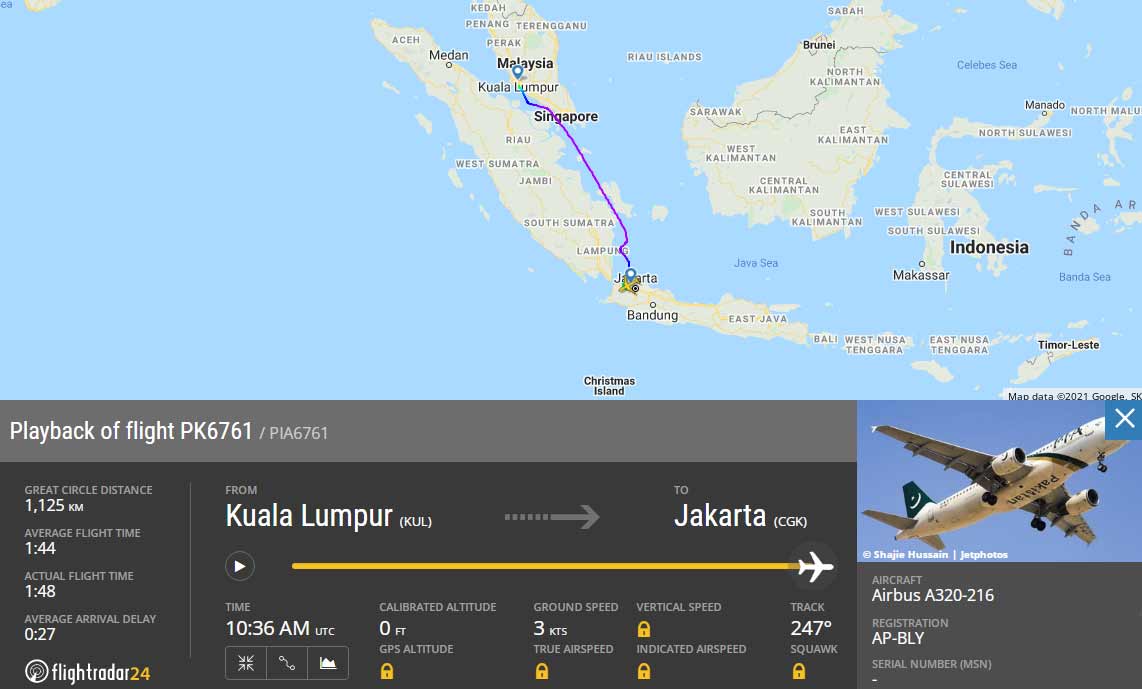 I hope this is not true—600,000 USD per month for aircraft generating zero revenue, especially for a severely cash-strapped airline.

But who cares.
Arshad
Top

* PIA paying a cumulative USD 600,000 monthly rental fee for two Airbus A320s parked in Jakarta for the past nine months.

* PIA has ended up spending millions of dollars on the two planes because of a serious delay in the redelivery process of the planes after the leasing company claimed that PIA had replaced parts in the aircraft and had not conducted a vital ‘C Check’ before returning the planes.

* As of now, the PIA has not paid any of this money since the payments will be made in the final settlement with the leasing company.

* PIA spokesperson has admitted that there has been a delay in redelivery and that the PIA has been paying the USD 295,000 rental fee even though they are not using the planes. The spokesperson blamed COVID-19, travel restrictions, and a legal dispute in the middle for the delay.

* Sources also claim that PIA employees have been taking junkets to Jakarta where they are staying free of cost on taxpayers dime. The PIA, however, has clarified that supervisors need to be sent to Jakarta to keep an eye on repair-work on the planes because they are being undertaken by a third party contractor.

* “We tried to buy the planes but then the company said they needed them so it was time for redelivery,” says the PIA’s spokesperson.

When it was time to return the plane, the PIA asked the company to come and inspect the A320s in Pakistan. However, because of Covid travel restrictions and security issues, the company asked that the inspection be conducted by a third-party mutually hired by the two and FL Technic was chosen for this job – a global provider of aircraft maintenance, repair and overhaul services, headquartered in Vilnius, Lithuania.

The plane was taken to Jakarta, where it was thoroughly inspected. According to our source, the plane did not undergo a C Check before leaving – which is a vital inspection. When it got to Jakarta, it became clear that the plane would require repairs. The plane arrived in Jakarta via Kuala Lumpur on September 19th 2021 via ferry.

In the nine months since, the plane has still not been fixed. “We had initially asked that the team come to Pakistan to inspect the plane but then because of travel restrictions and security concerns Jakarta was chosen. There is an engineering facility there and we have been paying the rent for the plane but nothing else – the parking fee is covered.”

According to a different source that spoke to Profit, the parking fee is not free but has been covered as part of the money that is being paid to FL Technic and to the engineering facility in Jakarta. “This entire fiasco is bleeding PIA dry right now. We are paying half a million dollars a month for planes we are not even using. And that too at such a critical time. On top of this PIA employees are going around to Jakarta on junkets with their families in tow. It is criminal”

The PIA, on the other hand, admits that there has been a delay but says there is an explanation. “For the first four months from September 2021 to December 2021, there was a legal payment dispute that was going on during that time. After that, the dispute was resolved amicably. Since then, there have been further delays because of COVID restrictions. Yes, it is late and we are paying this money but it is necessary. PIA is holding up its end of the bargain,” says their spokesperson.

However, even if we assume that for the first four months no payments were being made because of the legal dispute, in the five months since the PIA has bled upwards of $3 million just on paying the rent for two planes they are not using. If they have been paying for those first few months as well, the total amount spent is over $7 million.

“As far the junkets are concerned, PIA does have to send a supervisor to watch over the work FL Securities are doing and all of that is covered under our contract with them,” says the PIA spokesperson.

The spokesperson has later added that no payment has been made as of yet in this regard to the company from which the planes have been leased. Any amount arising in terms of rental shall be adjusted in the final statement with the lessor. 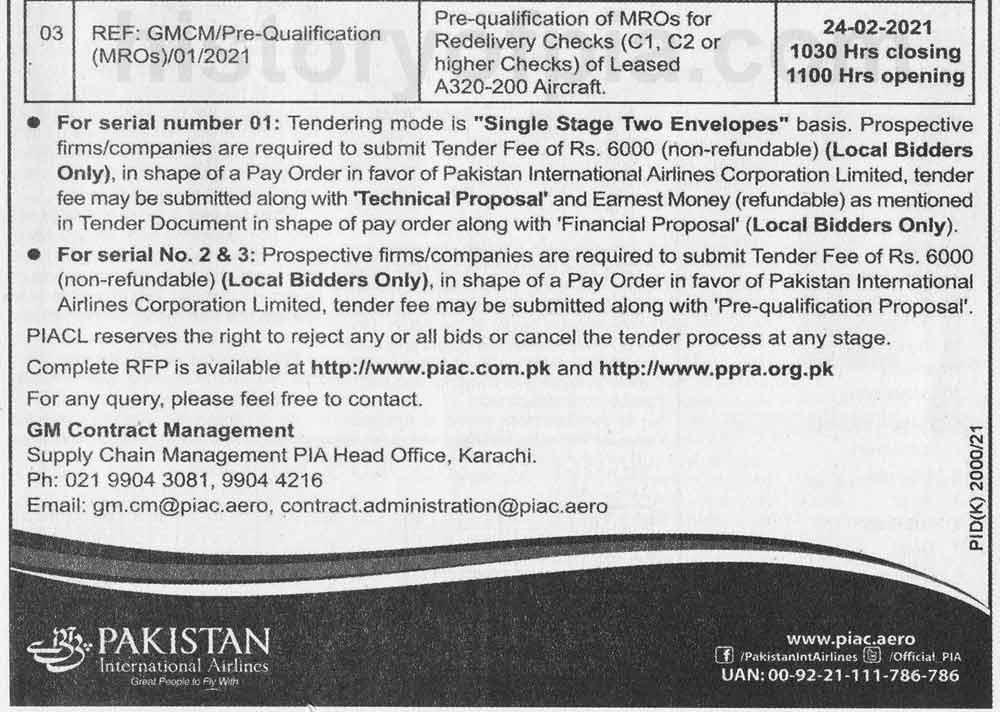 In other words: aircraft sent there for inspection on behalf of the lessor at the end of the six year term, issues were found and after four months of negotiations / legal procedures / other attempts at escaping its responsibilities the company ended up having to do what it should have done in the first place: proper maintenance of these aircraft. Only to continue sticking their heads in the sand whilst the unpaid leasing bills stack up.
Top

In reply to NL post where he is referring to PROPER MAINTENANCE,

In PIA it is not possible with this thumbs up team occupying the seats of CTO, Chief Engineer MOC, C.E QA.
They are a unique breed with zero skill to arrange proper maintenance. In the name of cost saving and to save their seats they compel PIA to this state in terms of Proper Maintenance.
Top

At this rate, no leasing company will offer planes to PIA now. Then now what?
Top

Is the lease terminated or still causing massive loss?
Top
10 posts • Page 1 of 1