A PIA Aircraft Engineer was injured and his uniform shirt was torn.

The incident happened on the issue of ASF security search performed during routine maintenance inspections of a PIA aircraft.

PIA Engineering staff was busy performing maintenance inspections on airline's aircraft that had arrived in Multan from Dubai.

ASF protects aircraft on the ground and it occupants including passengers and crew from terrorist activity and also monitor/search airport workers/catering/cleaning/airline ground staff etc. entering parked aircraft to prevent placement of explosives and smuggling of banned items like narcotics in the aircraft.

Maybe the aircraft was PIA Airbus A320 aircraft registration AP-BLA that had arrived in Multan at 3:33 PM as flight PK222 from Dubai today. 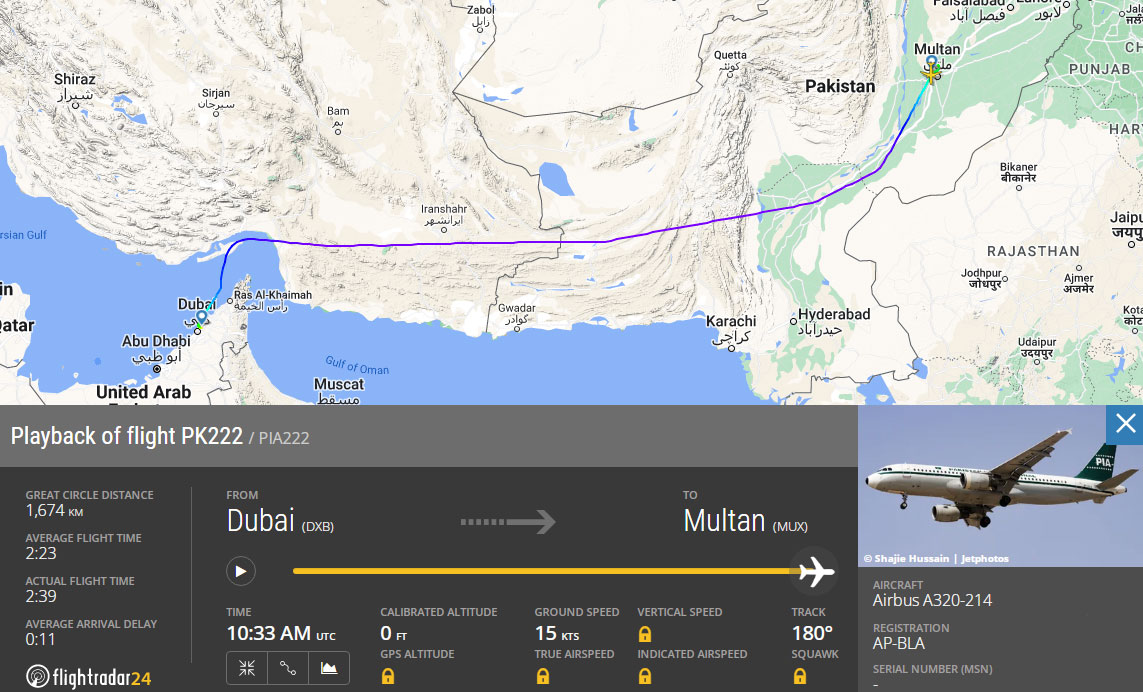 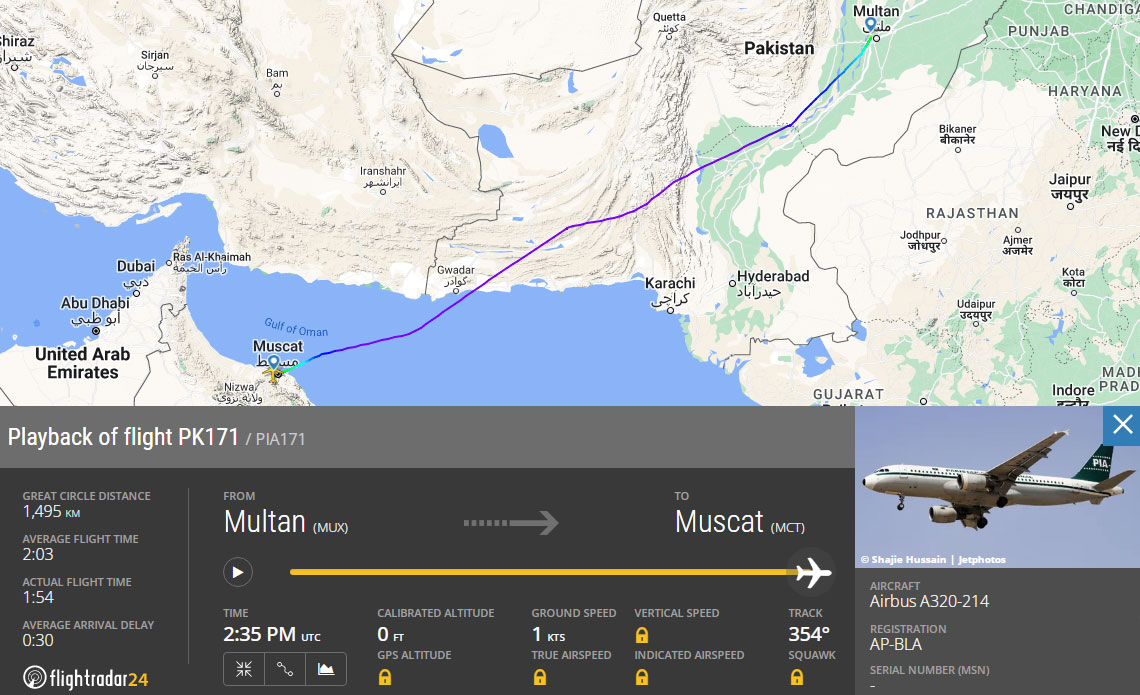 The aircraft remained on the ground at Multan Airport for about two hours. 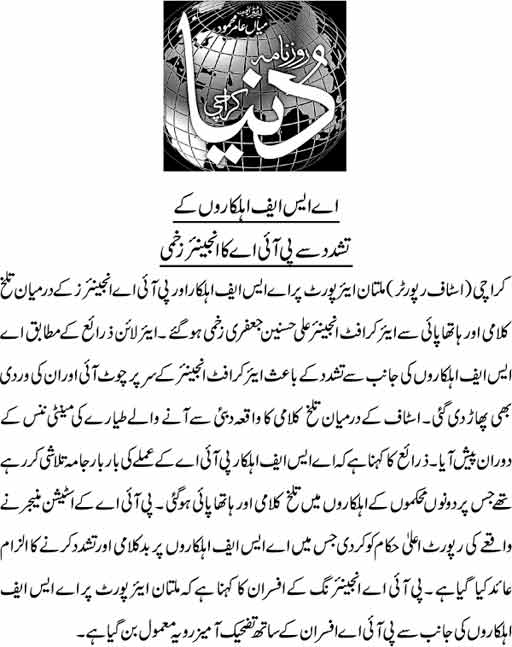