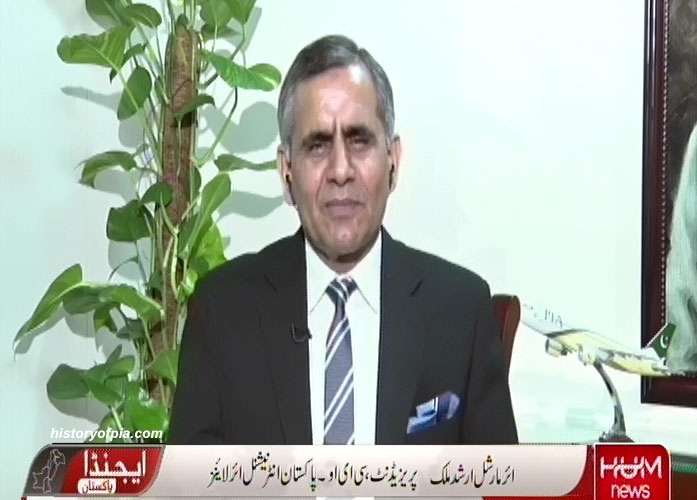 PIA aircraft were not upgraded since past many years. The aircraft have old seats and IFE is not working.

Financing with sovereign guarantees required for induction of new aircraft.

Two leased aircraft to join PIA fleet by the end of October.

PIA with a fleet of more than fifty aircraft in about three years being planned.

IATA study shows eighty percent of air travel in Pakistan is from country's centre and north. PIA has shifted crew, human resources, passenger handling personnel and positioned aircraft to airports in the north and centre, according to requirements.

PIA will restart a number of flights from Karachi after acquiring aircraft with modern facilities.

Merit-based demands of PIA employees unions will be considered. Pressure tactics of unions will not be accepted. 250 union workers cannot be allowed to sit idle.

Majority of PIA employees are competent. There's a small number of incompetent employees.

Employees who volunteer for transfer to centre and north being transferred. PIA offering assistance to employees in getting settled in stations located in the centre and north.