RAWALPINDI: A rut, a longitudinal depression caused by excessive load, has appeared at the Islamabad International Airport (IIA) due to “high temperature”, forcing the airport authorities to stop parking planes at ‘Bay 21’ due to safety concerns.

Sources told Dawn that the depression emerged on a wheel path of the bay due to heavy planes which reduced its lifespan.

They said the repair work to fix the wheel path could not be started due to a “lack of funds and rainy weather”.

An official, however, termed the deformation of the pathway “not a major problem”.

“Apparently, the rutting occurred due to [high] temperature and the repair work could not be started due to [ongoing] monsoon rains as it would take time to dry the repaired part of the apron,” the official added.

According to the official, the civil work department, after a survey, estimated that at least Rs170 million would be required to fix the rut.

“Some experts, however, have been emphasising the need to reduce the cost to Rs5 million,” he added.

The sources said that since the nature of the repair work was “sensitive” therefore the cost reduction was not possible, adding that the repair could only start after the availability of funds.

On the other hand, a civil works expert termed it a “safety concern”.

It could affect the steering of planes due to “deep cuts and [possible] accumulation of rainwater” in the deformed area, he said.

He further said that as soon as the process of funds’ release was completed and weather conditions became suitable, maintenance work to fix the path would start. 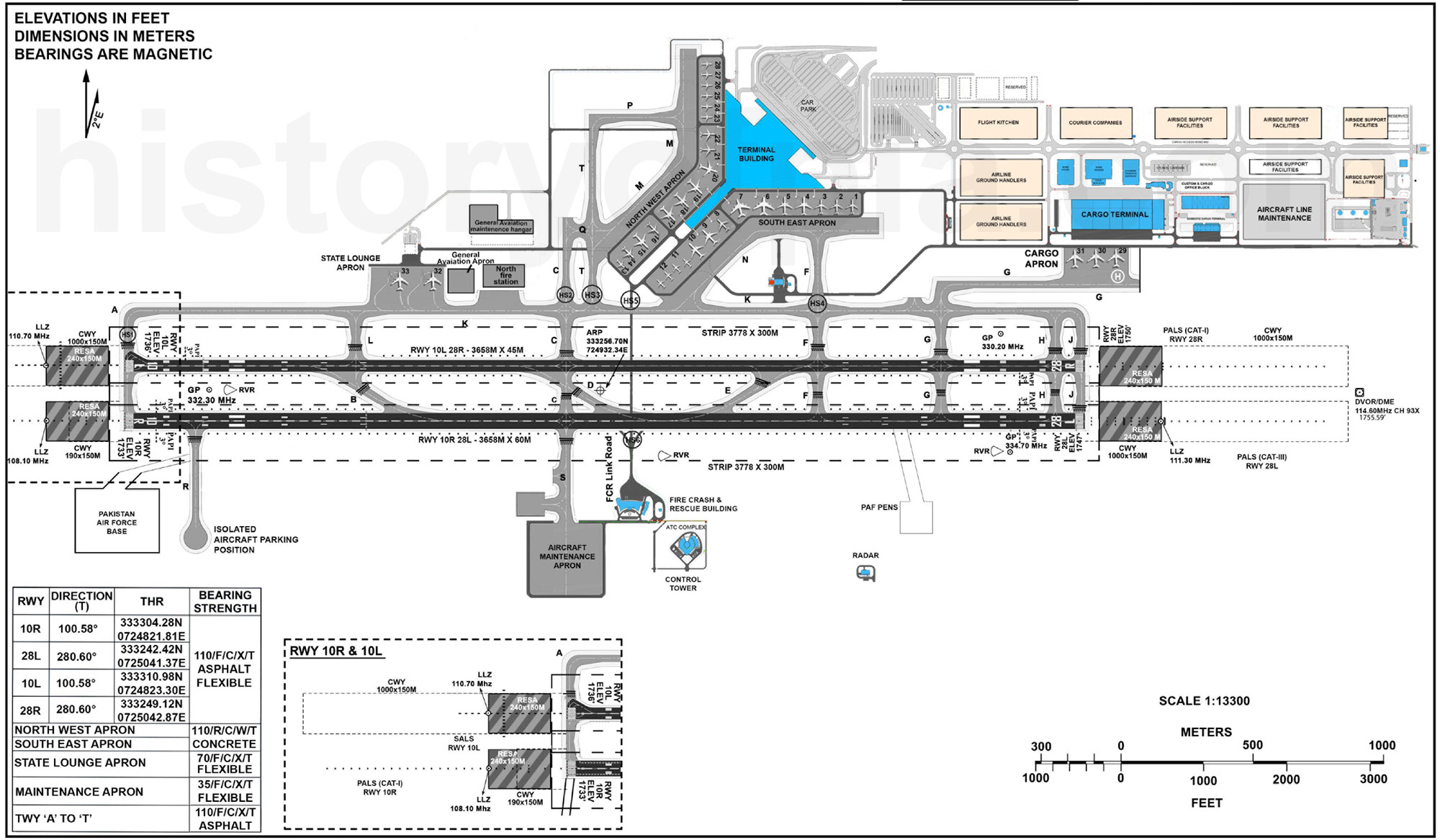 According to Notice to Airmen (NOTAM) issued by Pakistan Civil Aviation Authority (CAA), Islamabad International Airport parking bay number 21 is unavailable from June 28 to July 10 due to maintenance work. 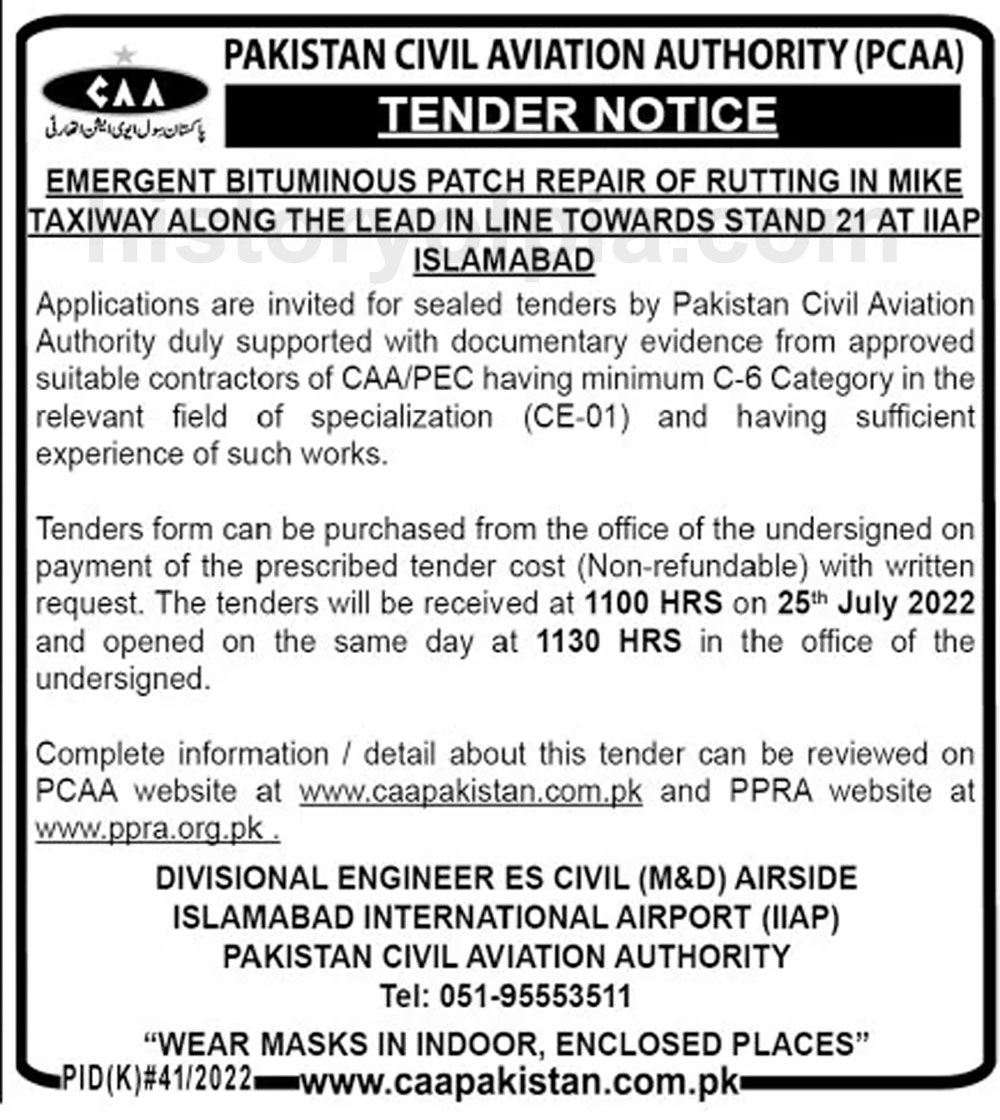 According to Pakistan Civil Aviation Authority (CAA) spokesperson, "The pavement Mike Taxiway leading to the Bay Number 21 is in need of repair and maintenance and would cost around PKR 5 million and that includes the rut itself".

He said the airport was a massive infrastructure that needed regular surveys of different kinds. One such survey, he said, had been conducted for the airside improvement at a cost of PKR 170 million.

This survey is a part of the future procurement planning proposals that requires detailed studies and due diligence before its finalization. 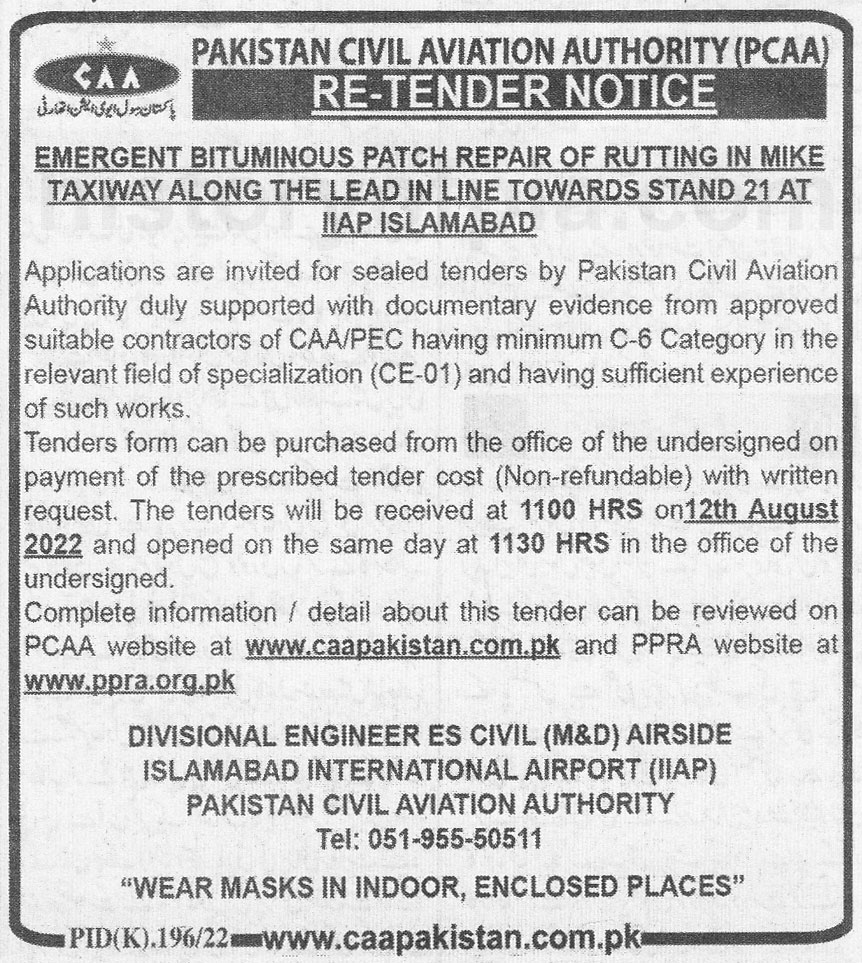 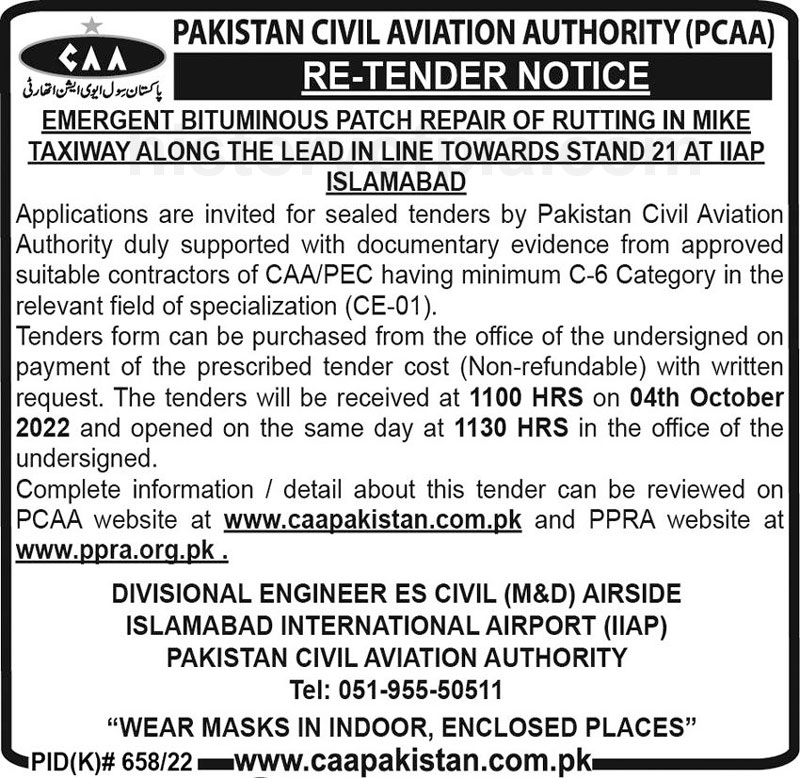