have you any info how pia help set up ek??

Yes, that's true. Emirates was launched with these two aircraft acquired on wet lease from PIA. 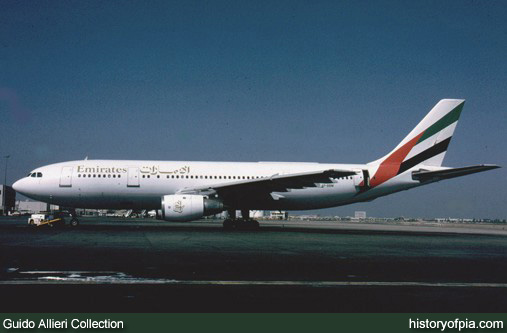 I thought PIA had provided a greater contribution to Emirates than just leasing aircraft, besides EK's success is based on alot more, such as abundant wealth and everything that comes with it, foreign staff onboard and on the ground, doubt if PIA can ever reach their stature.
Top

CoyBoy wrote:I thought PIA had provided a greater contribution to Emirates than just leasing aircraft, besides EK's success is based on alot more, such as abundant wealth and everything that comes with it, foreign staff onboard and on the ground, doubt if PIA can ever reach their stature.

Its not necessarily "wealth" per se- if that was the case, EK would never have had to reply on PIA to get it going.

EK based its stratgey for growth around its hub- PIA hasnt done that with KHI, much less elsewhere. Coupled with resources put in the right place, EK has avoided years of mismanagement that PIA *is* rife with- whether we like that fact or not.

No disrespect, but for PIA to have given birth to EK, and to see EK where it is now- PIA only has itself to blame.
...Because The Sky Is A Canvas, Waiting For A Masterpiece...
Top

Guys I will tell you why I said for this fleet

B747-300 and A310 for special operations to Saudia Arabia during summer vacations,pre and post ramazan umra operations and haj operations IN ORDER TO AVOID WET LEASING OF AIRCRAFTS

From Karachi to these destinations via Islamabad or Lahore, will take over 18 hours. Then 6 hours stay and then again 18 hours flight. This means that an aircraft leaving on monday moring at 00:00 will come back around wednesday morning. Moreover PIA intends to fly to Sydney and Auckland, so they can use these aircrafts.

I will never go for A320, because If PIA chose A320 then they would face extra cost by starting from scratch e.g. training, maintainance changes and many other things. But with B737-700, the only extra major cost, apart from aircraft cost, would be a DIFFERENCE COURSE BETWEEN B737-300 AND -700

Dash-8 is just a scrap aircraft with no digital display and having least performance among SAAB, ATR and itself. Its good that PIA dropped it. Morover, it $2 million more expensive than ATR.

B777-200LRF is of no use to PIA because with full payload it cannot fly directly to N.America. Hence, smaller A310F perfectly fill the vaccancy of freighter aircraft.

It does not matter for an airline by having how many number of aircrafts, but the productivity matters. The combination I have mentioned is the best.

As far as comparison of EK and PK is concerned, I will tell you what is needed. To achieve EK's status, you must attract passengers. Point to be noted, not only Pakistanis living abroad but foreign tourists as well. To attarct foreign YOU MUST FORM THE IMAGE OF THE COUNTRY only then you can have EK's status. Moreover, my father once flew on EK, he was not impressed by thier service and said that their service is same as PIA except they give some gifts. EK is a state airline of an oil rich country, they have no financial problems.

Hope all questions have been answered

Of all the countries in the Middle East, UAE has the least oil reserves- and I cant see how all the revenue from it is simply pumped into EK- they have other national corporations, not just EK alone.

Moreover, EKs service is second to none- probably the best in the world. Did your father fly 1st Class with them or not? How else does EK win awards year after year for high quality service? No disrespect to you father- but he isnt an industry benchmark- its the customers.

EK has used its base of DXB well for passing traffic and is now major hub.

If a passenger wants to fly from say LHR to SYD- but they choose a stop along the way- why would they choose KHI? Whats there? Nothing on the magnitude of DXB or even SIN/HKG? See my point?

This has nothing to do with oil, but more with economic development- and over the last near 60 years, Pakistan hasnt grown to within a percentage of its regional rivals and is being left behind.

The growth of EK and the corruption at PK is ample evidence.
...Because The Sky Is A Canvas, Waiting For A Masterpiece...
Top

Hi Boeing 777
As someone who flies from Australia to the UK five times a year at least, I would welcome the option of flying on PIA. The first issue is of course the price, which I imagine would be similar to that offered by Royal Brunei ( about AUD4500), the second would be the opportunity to stop in a city such as Lahore or Karachi.At the moment I fly Emirates First from BNE-SIN-DXB-LHR, and whilst the service is faultless it sure leaves a deep hole in the pocket !!
Regards, Mike.
Top

This thread wouldn't be complete without my input so here goes ! :

Enjoy the speed and comfort of an all jet fleet !!
You can't be all things to all people...so just be nice !
Top
25 posts